All I can say is

Another good book lost in translation to the screen.

Um...I thought "Without Remorse' was set during the Vietnam War?
Posted By: wormfood

Originally Posted by PanzerMeyer
Um...I thought "Without Remorse' was set during the Vietnam War?
It was. When I read it years ago I always thought it would make a good movie. Now, they can keep it and I don't want anything to do with it.
Posted By: DM

Haven't read it. Is there something about that era (Vietnam era) that is important to the story somehow?
Posted By: PanzerMeyer

Originally Posted by DM
Haven't read it. Is there something about that era (Vietnam era) that is important to the story somehow?

The entire geopolitical backdrop of the Vietnam War sets the tone and mood for the story. By changing it to modern day it radically changes the narrative dynamic.

It would be like if Amazon made their own film adaptation of "Hunt for Red October" but changed it from a Cold War era setting to a modern day setting.
Posted By: Mr_Blastman

I haven't seen a newly released perfect score movie in a decade and a half, and seems this one won't do anything to help that.
Posted By: Nixer

Without Remorse was one of my favorite TC books, and I have read them all, at least twice. But, once you get past Kelly's past in the book, all the bad guys were basically black.

Now the Hero is black. He sounds Irish and might have gone to Notre Dame.

Just be thankful it wasn't, say, a story about the first lesbian lady SEAL. She goes AWOL and then postal when she finds out some guy, backed by his family, is trying to turn her baby sister into a heterosexual! The horror...
Posted By: semmern

Originally Posted by DM
Haven't read it. Is there something about that era (Vietnam era) that is important to the story somehow?

I am a big fan of Clancy’s Jack Ryan series, up to and including Rainbow Six. After that his books got increasingly worse and worse. WR is set during the Vietnam war, and is an origin story about John Clark, a recurring character in the Jack Ryan books. The whole setting is important to the story, both geographically and politically. I can already tell this movie will be utter drivel.

The WR story done properly would have made an awesome movie, or maybe even a miniseries.
Posted By: NoFlyBoy

I want Harrison Ford to do more Jack Ryan. He was the best Jack Ryan. Didn't he make President in one of the books?
Posted By: PanzerMeyer

Originally Posted by NoFlyBoy
I want Harrison Ford to do more Jack Ryan. He was the best Jack Ryan.

I thought he was decent but nothing special. I'll put it this way: I own "Hunt for Red October" on bluray and I've seen the movie at least 20 times. I've watched "Patriot Games" and "Clear and Present Danger" about 2 times each.

By comparison to the Ben Affleck "Sum of All Fears" movie though, the two movies with Harrison Ford are fricking pillars of genius film-making.
Posted By: W-Molders

another PC cast from Commiewood
Posted By: Crane Hunter 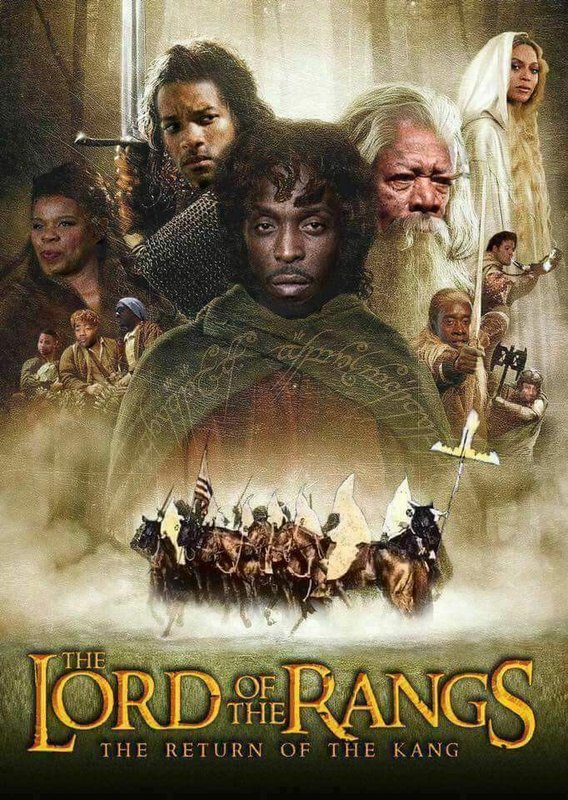 Of course there is, where do you think Notre Dame gets all it's sports stars from?

"No Remorse" is referring to the producer's response to fan complaints.
Posted By: wormfood

Originally Posted by letterboy1
"No Remorse" is referring to the producer's response to fan complaints.
yeah, that makes sense. My fault for comparing it to a similarly named Tom Clancy novel.
Posted By: PanzerMeyer

I won't be watching this but I will be very curious to read a review from someone on SimHQ who has the courage and perseverance to watch this Hollywood tripe.