Fly for Belgium in the DiD Campaign!

Thanks to RAF_Louvert and Olham who are beginning to make Belgian marked historical and semi-historical (plausible) skins you can now fly for Belgium in the DiD Campaign!

F.E.2b (good subsitute for the Farman F.40 Pusher) by Olham 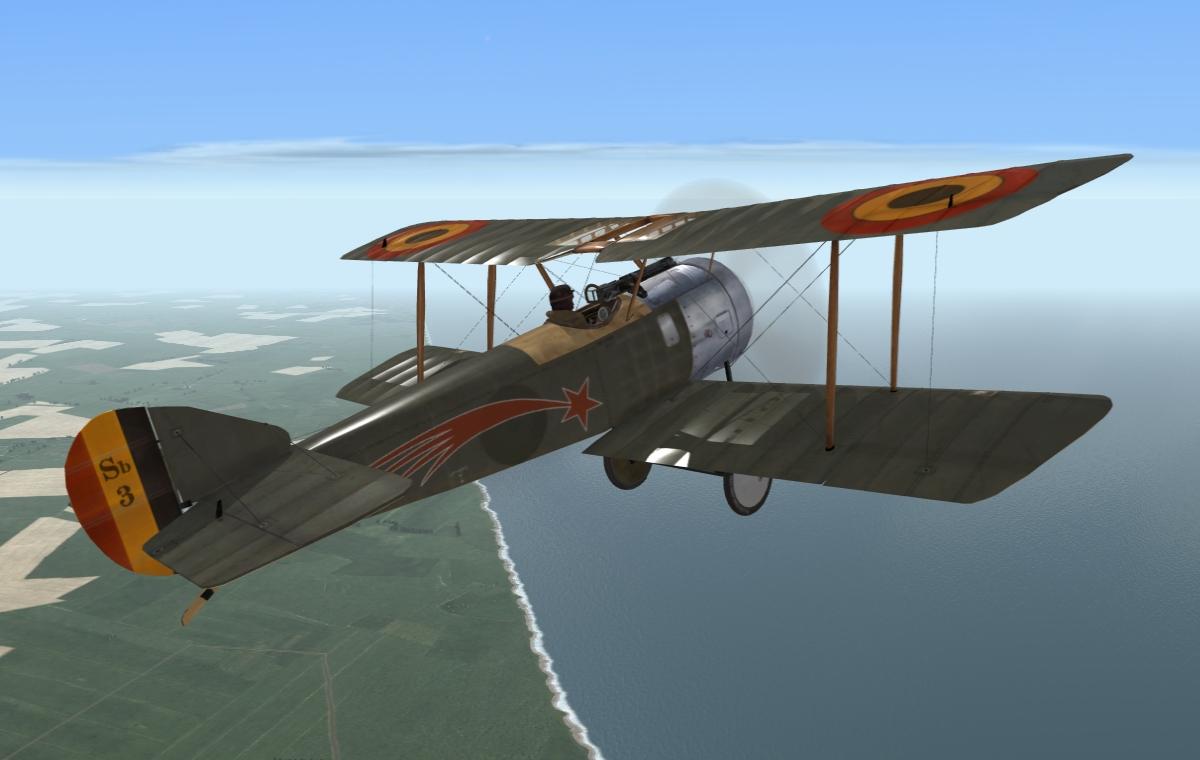 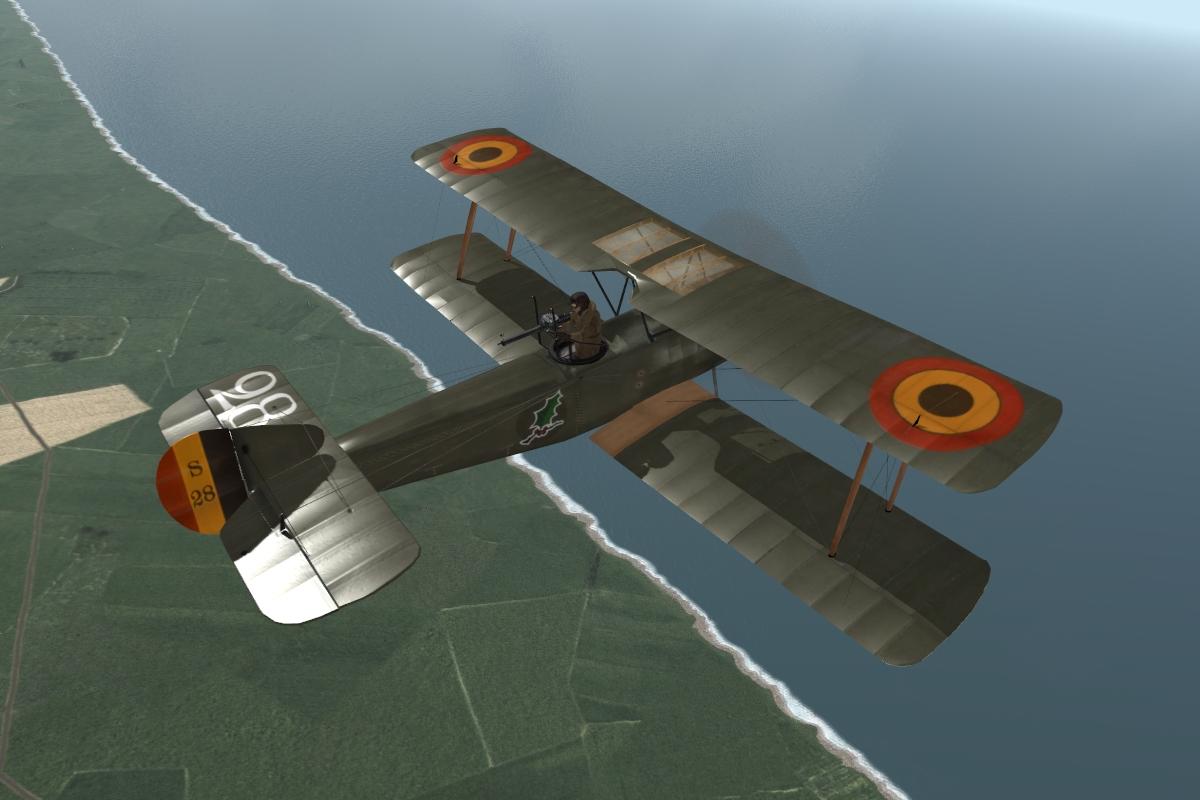 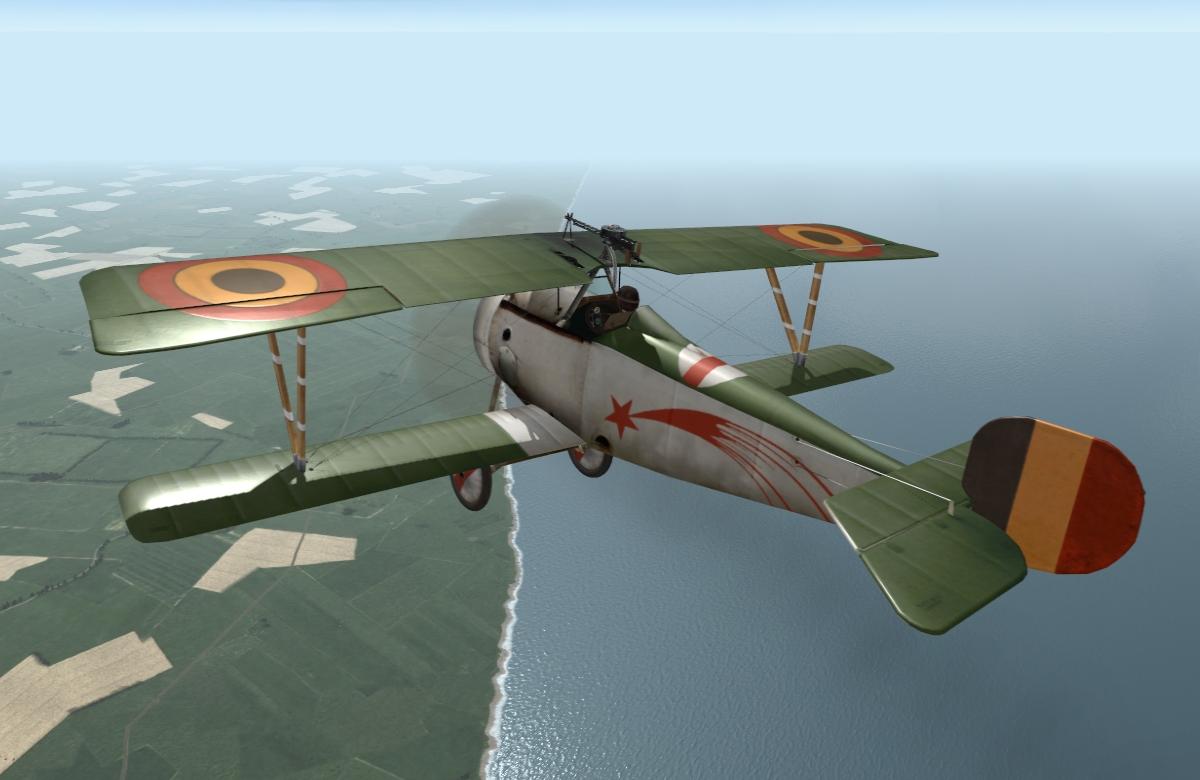 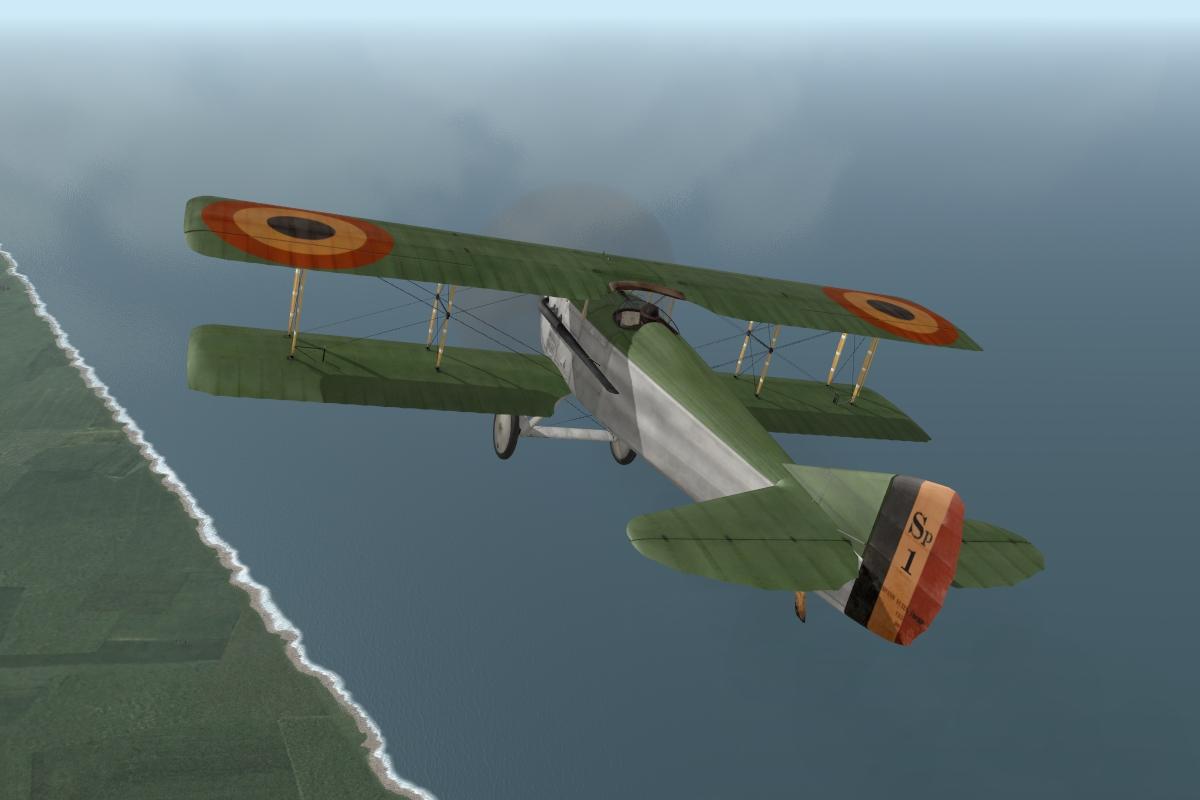 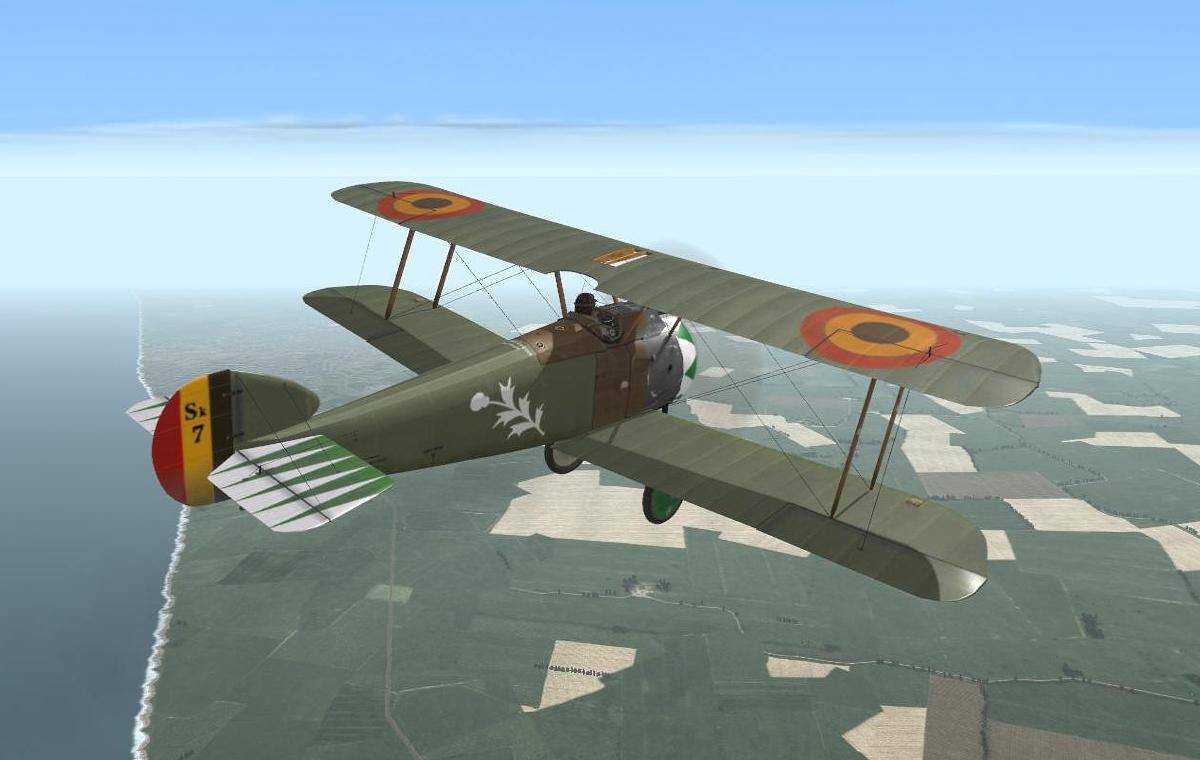 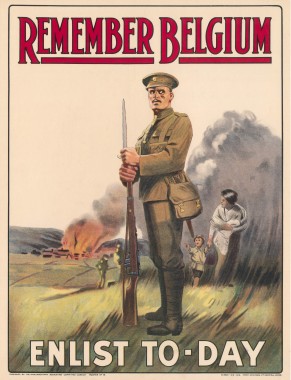 Alright then. Hopefully we will see more flyers for Belgium!
Posted By: MFair

If we get free mussels and fries with some Chimay Bleue or Gueuze Lambic, could be a choice ...

My next pilot in the DID campaign is definitely going to be a Belgian. For some reason, I have serious doubts that my current Marineflieger will survive through the whole war...

As a Finn, I feel great sympathy towards the Belgians in both world wars. We know very well how it is to get bullied by a bigger neighbour. If there was one country in the Great War with a truly just cause, it was Belgium. The German war plan expected that Belgium would surrender without firing a shot and that the German armies could march through the country in peace, but they were badly wrong.

Now why doesn't WOFF have the Belgians included? It would easier to add them than a whole new front like the Italian one!

Most of the planes they flew are already in the sim as well. Just the Hanriot missing, and that didn't come along until late in the war. Even then only a few squadrons used it (including the most successful Belgian ace, but still, you can't have everything).
Posted By: Olham

To put that right - I didn't do anything else on that FE.2b but putting Belgian roundels on it.
The whole skin is as it was made by OBD.
Lou, I see you have put more work into yours, and they are definitely real beauties, Sir!

I may add some work to the Fee and then add it to the "Downloads section" over at CA.
Posted By: MudWasp

Hasse, I would miss you on our side and hope your carreer will go on for a long time.
But I can understand your sympathy with Belgium.
Posted By: RAF_Louvert

I have always loved the Aviation Militaire Belge and the effort that entire little country put forward in the Great War, and it has always been a sore spot with me that they are largely forgotten in the WWI combat flight sims.

Thanks all for the kudos on the paints I have been working on, and I add my own very large personal thanks to OvS and Sandbagger and the other fine skinners in the WOFF dev team who have provided such beautiful skins as a starting point for these. I have two more SPAD VIIs I am finishing up, (personal mounts for SLt Charles Ciselet and Lt Edmond Thieffry), and then I will move on to the SPAD XIII. As time allows I will continue to fill in with additional historical skins for the other mounts in the Belgian stable.

"I have always loved the Aviation Militaire Belge and the effort that entire little country put forward in the Great War, and it has always been a sore spot with me that they are largely forgotten in the WWI combat flight sims."

From our perspective, I would say sorely missed.
One day, I hope
Cheers,
shredward
Posted By: corsaire31

In my young days in my good old town of Saint Malo there was a tavern selling hundreds of beers from around the world, and I got to taste many of these great belgian beers. The Chimay Bleue is a strong dark beer made by monks at the Chimay abbey. I also liked the lights Gueuze Lambic or the Kriek "Mort Subite" (sudden death !

) with a cherry taste.
Posted By: Bucksnort

If you aren't into reading rules, here is the lowdown. Just enlist a pilot using Manual Enlistment and set him up to start on whatever is today's date in 1916. If you enlist on August 20th IRL, then choose August 20, 1916. Grab a 2-seater and fly (you have to fly a 2-seater for 3 hours before transfering to a scout - that's usually about 4 missions). Make sure and set up your workshop to the A, B, or C level settings from the screenprint in Olham's original post here: DiD Campaign

Then go here and sign up after your first mission:
http://www.attrill.co.za/WOFFcampaign.htm

You can fly as many missions as WOFF offers you on any given date (so for 2014 we are flying in 1916, in 2015 it will be 1917 and so on). If you've taken time off just advance the date in WOFF to today's date and fly. And while the combat reports you'll see in the DiD thread are fun to read, they are optional so you don't have to do them if you don't like to write. And if your pilot dies you get to start over again (in a 2-seater for the first 3 hours of course). You can fly DiD mission dates as often or as little as you want (you just can't fly ahead of the current date IRL), and you'll probably get hooked like me!

Any questions as you go along the guys will help you with in the DiD thread.

See you up there!

Here is a new Belgian skin just created by RAF_Louvert...thanks, Lou! This beauty will be my main ride for the Belgian Spad VII...and it can be yours too in the DiD Campaign! 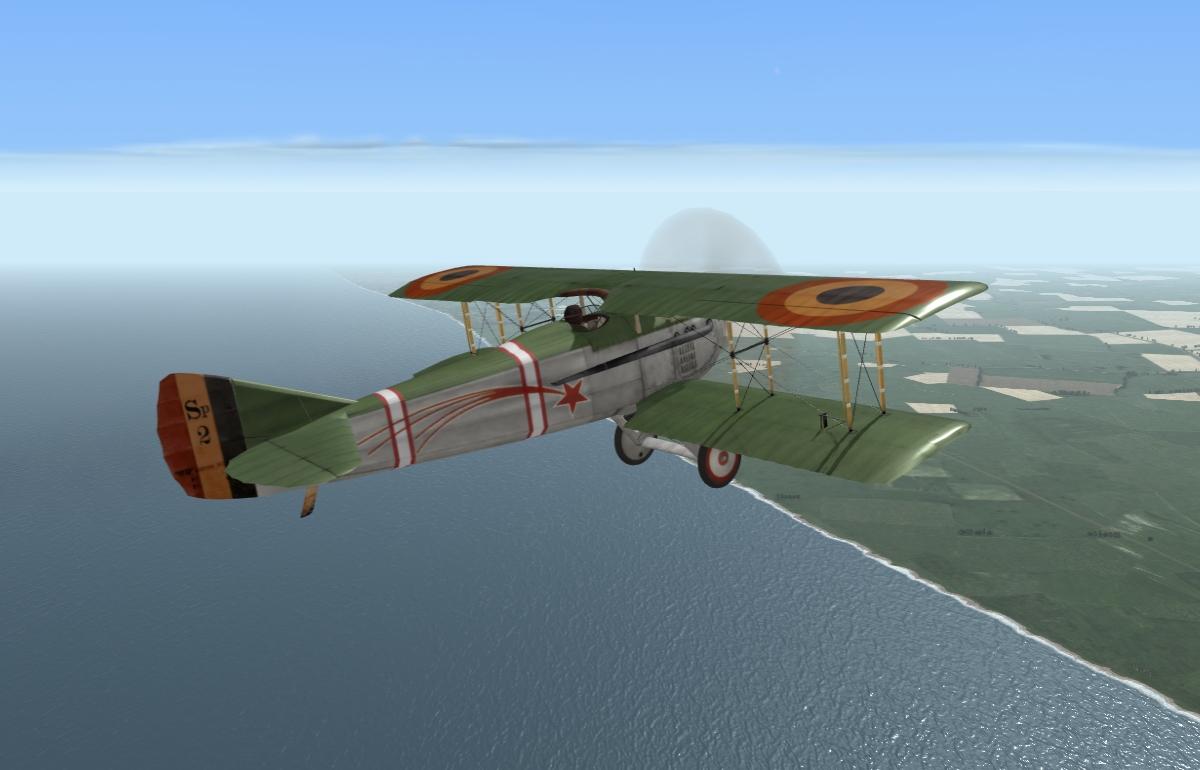 Coastal scenery, fresh air, and some of the most colorful skins in the Entente forces...join the Aviation Militaire Belge today!
© 2020 SimHQ Forums