What would an SA-11 operator have known about MH17?

First-time poster here, please be gentle. I'm a journalist trying to learn what a Boeing 777 would have looked like through the instrumentation of a single SA-11 Buk TELAR. What information would the radar screen have provided? Just altitude and heading? Would the Buk's system given the operator any other sense that it was a civilian jet liner?

Also: IHS Janes says the TELAR has an "auto-detect" mode that allows the system to basically target a plane automatically — could that explain how an inexperienced operator might have mistakenly fired on MH17?

Basically, I'm just trying to understand what the world looks like when you're buttoned up inside the launcher.

Thanks much!
Posted By: Hpasp

SAM Simulator is a "Realistic to the switch" simulation of obsolete Warsaw Pact SAM systems, fielded during the '60~80s (SA-2/3/4/5/8).
BUK (SA-11) is a much newer beast, no WarPact nation received it as the Cold War ended.

As internet sources suggests, a lone SOU (launcher and illuminator) could acquire and illuminate a slow moving target, and (unfortunately) independently kill it.
SOC (target acquisition radar) is the one that would do IFF check, if the system would be used properly.

BUK Order of Battle (based on internet sources)

1, The SOC acquires, and identifies targets.
2, The KP assigns targets to the SOUs.
3, SOU illuminates the target for the semi-active missiles to home on.
4, SOU or PZU launches the missile. 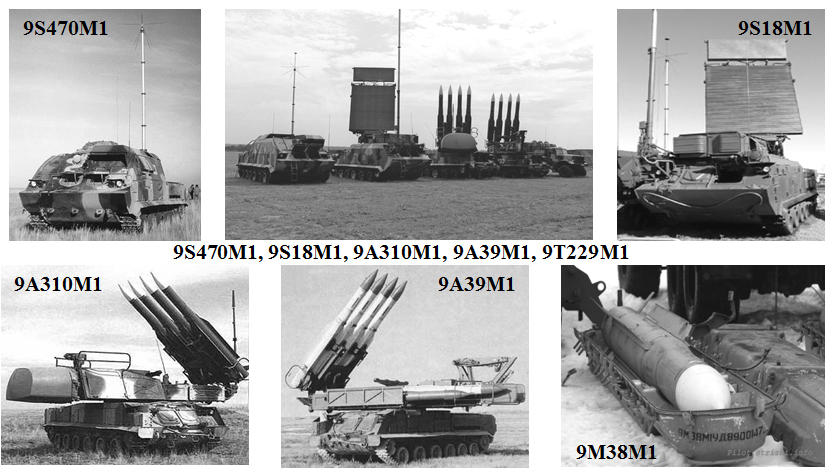 A kid can drive a formula one car on his PC easily. In real life, he could not start it at all.

SAMSIM is simplified SAM operation to be playable by one "hardcore" gamer.

In real life, 5~8 well trained people is needed to work parallel, to be able to launch and guide a missile.
(not mentioning mandatory system checks before switch on, adjustments, etc...)

Im not telling it is impossible to launch, as these SAM systems were designed to be operated by Soviet conscript soldiers...
... but I do not believe that without specific BUK system training, anybody could do it.

What is known is that the IFF check is done by the SOC, before target assignment. (it has a specific antenna for it) 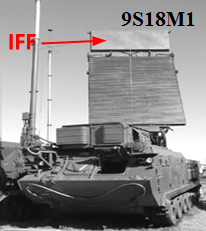 The SOU has a small black-and-white TV screen, where the crew can see its target.
It is called "Karat". 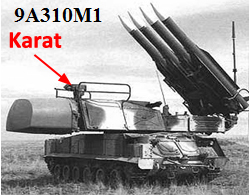 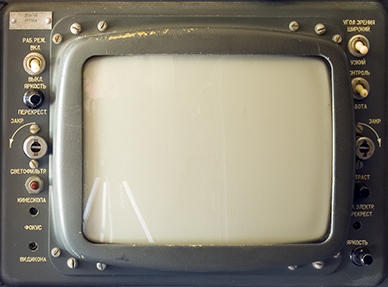 SOC operating manuals are still available on Russian websites...
http://rtv-pvo-gsvg.narod.ru/books.htm
... but I would like to warn to the fact, that beside these manuals available, no UN-TRAINED person would be able to operate the BUK system.

You need ~5 trained people, to work together, to be able to acquire - illuminate a target, launch a missile, keep the target illuminated till missile impact. 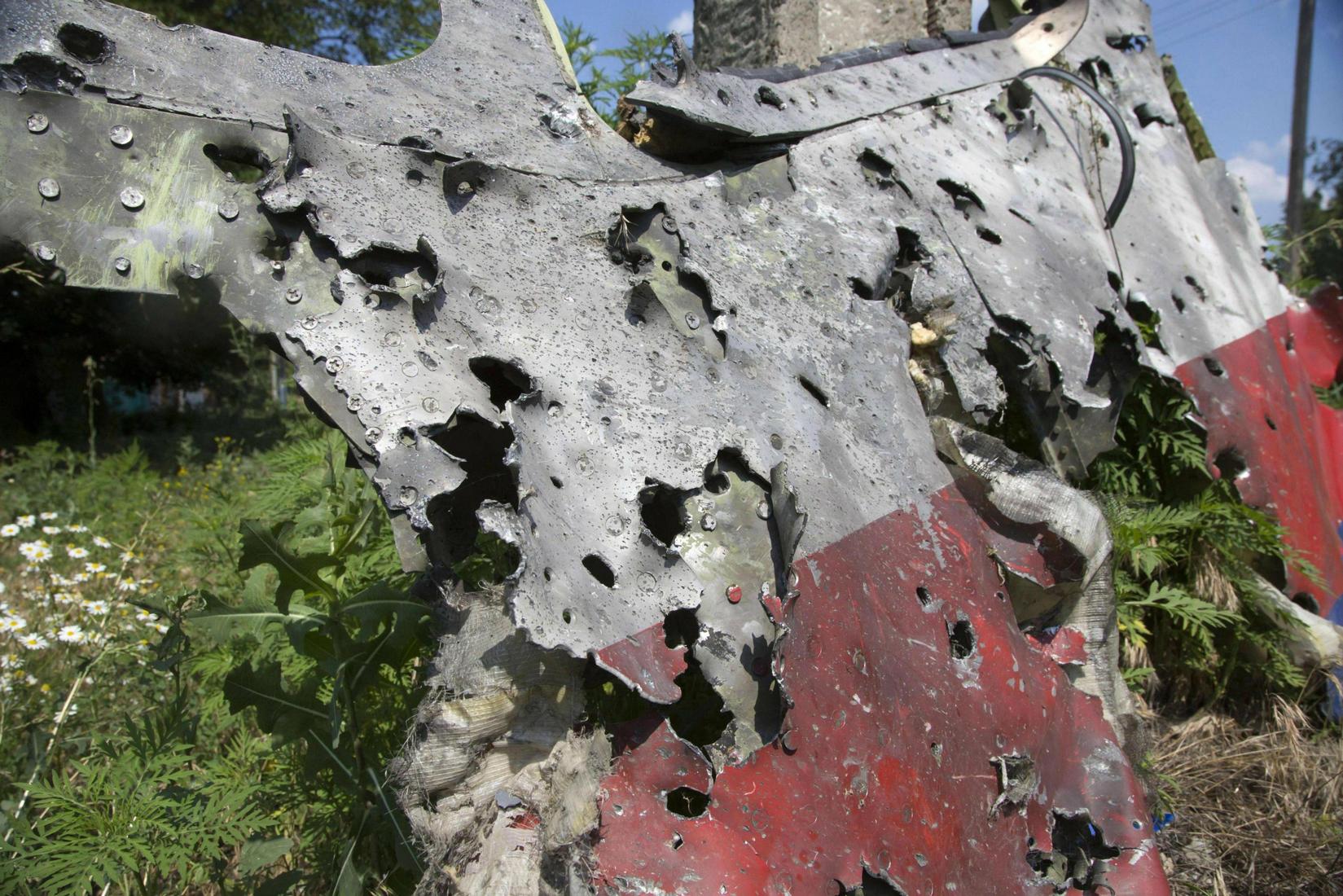 It isn't clear which version of Buk was employed (or at least I haven't seen any information about the sub-model used yet).
Posted By: piston79

Originally Posted By: Lieste
It isn't clear which version of Buk was employed (or at least I haven't seen any information about the sub-model used yet).

Ukraina have the M1 variant only....
Posted By: Lieste

Soo.... they don't have the electronically scanned radar?

Originally Posted By: Lieste
Soo.... they don't have the electronically scanned radar?

Originally Posted By: Lieste
Soo.... they don't have the electronically scanned radar?


Not too many Buk-M2's exist. In Russia, only one Air Defence Brigade is equipped. Plus some has been exported, to Syria and supposedly Venezuela and Azerbaijan. The Russians are waiting for a new Buk-M3.
Posted By: Lieste

I make the question explicitly because the image of the Buk Search radar posted was of the newer style. What is the arrangement of radar direction finder, height finder and IFF (if present) on the older system?
Posted By: Alien_MasterMynd

In Hpasp's post there is an M1 (older) target acquistion radar (supposedly called SOC in russian as in previous systems). The phased array of the newer system (M2) is used as a target tracking radar (SSC) in TELAR.
Posted By: Lieste

The video was showing a different SOC. Not the 9S18M1.

It had a fold out panel on the left of the antenna to increase it's area, and a vertical canvas covered attenna on the right in front of the main antenna.
Posted By: Lonewolf357

Originally Posted By: Lieste
The video was showing a different SOC. Not the 9S18M1.

It had a fold out panel on the left of the antenna to increase it's area, and a vertical canvas covered attenna on the right in front of the main antenna.

You mean this one? Originally Posted By: Lieste
Okay... but the video clearly had the 9S18 still associated with Buk M1, with 9S18M1 being part of the Buk M2 upgrade...?

For those that can read Russian; Bellingcats report on what we know 3 years later https://t.co/li79n249MB

Quote
A joint investigation between The Insider and Bellingcat used open source research, investigative journalism, and forensic voice analyan sis to determine the identity of â€śDelfin,â€ť a key figure sought by the Joint Investigation Team (JIT), the Dutch-led criminal investigation into the downing of Malaysian Airlines Flight 17 (MH17). The investigation has identified, to a high degree of certainty, Delfin as Colonel General Nikolai Fedorovich Tkachev, currently serving as the Chief Inspector of the Central Military District of the Russian Federation.

Very detailed report! I don't have time to read it before work..

"Delfin ready to sue Bellingcat and The Insider"

Maybe he can hand that lawsuit in person at the International Criminal Court..

Quote
Today, December 20, the British Intelligence and Security Committee of Parliament published its 122-page annual report. This report covers a wide range of topics, including cyber security, the status of the UKâ€™s international relationships, the threat of foreign fighters, and so on. However, one almost anecdotal detail in the Russian objectives and activity against UK and allied interests section states a key fact in absolute terms: the Russian military bears direct responsibility for the downing of Malaysian Airlines Flight 17 (MH17).

On page 52 of the report, when discussing Russian disinformation activities, a British Secret Intelligence Service (SIS) source described how â€śwe know beyond any reasonable doubt that the Russian military supplied and subsequently recovered the missile launcherâ€ť after â€śthe shooting down of MH-17.â€ť