Probably a bit of a stupid question I know.....

When I was a kid, like most kids of my generation, I had a model railway, eventually leading to having a layout set up around all the walls of the garage back in England. My father used to like it more than me, as a result he decided to model American trains. But that was long ago.....

Recently, I was thinking, and wondering, if these kinds of hobbies are also going to fall by the wayside, due to computers, VR, and all of the associated technology. What I was considering doing is buying an N gauge train set (don't have to be a big one) and just wrap it up and store it, so that in future years I can show this kind of thing to my grandchildren.

What does the community think? Will this kind of hobby last, or will my fears come true?
Posted By: FlyingToaster

I have just started an N gauge set, and I think it will last. It will not be as popular as it was, but enough people find pleasure in working with their hands and creating something that there will always be a place for 'manual' arts.
Posted By: BD-123

Still popular in UK. There was a recent TV series called "THE GREAT MODEL RAILWAY CHALLENGE" on Channel 5. Delayed series this year due to the obvious.
Then there was the awful vandalism of many thousands of pounds but priceless in effort and dedication of a society's clubroom, resulting in the yobbos' parents facing £30k compensation.
Rod Stewart, an enthusiast himself contributed some £10k to the devastated members.
Both these events , plus James May's programme about Hornby have revitalised the hobby I believe.

My silk screen printer I employed in my Visual Marketing company used to print livery onto rolling stock model components. The customer was a most exasperating and demanding perfectionist I ever had to deal with in all my years of business! But he paid well and on time.

Railroads charge an arm and a leg to have their logos on model RRs which increases the cost of an already costly hobby..

Model R/C airplanes see not too many self built a/c, Ready to Fly being the norm. For me it was the journey (building) not the final destination that was fun. If it flew/floated that was a bonus.
Posted By: Pooch

Took me about a year to build this N gauge railroad. Had a lot of fun wih it. Ran it for about three years and sold it for 1500 dollars. 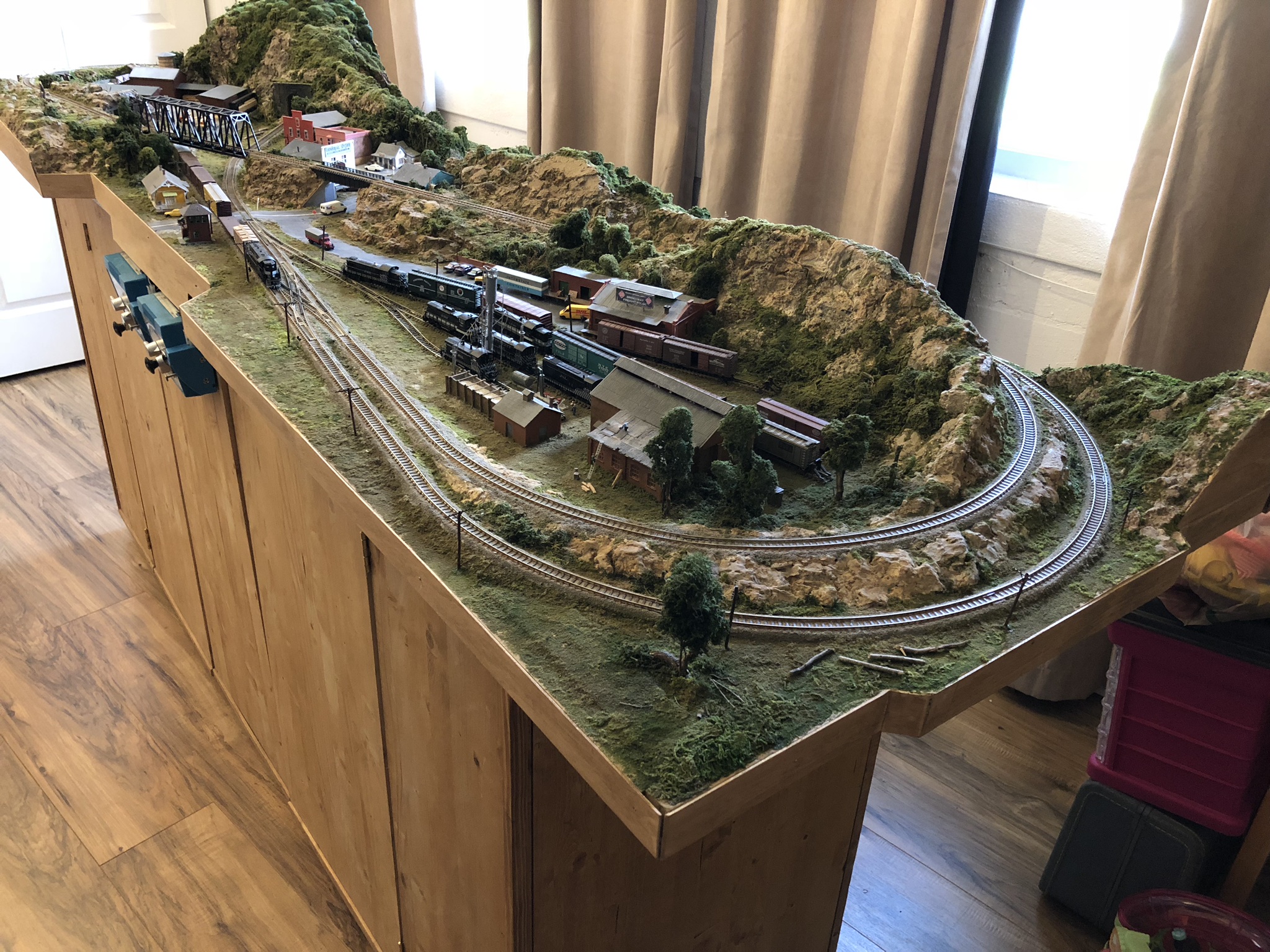 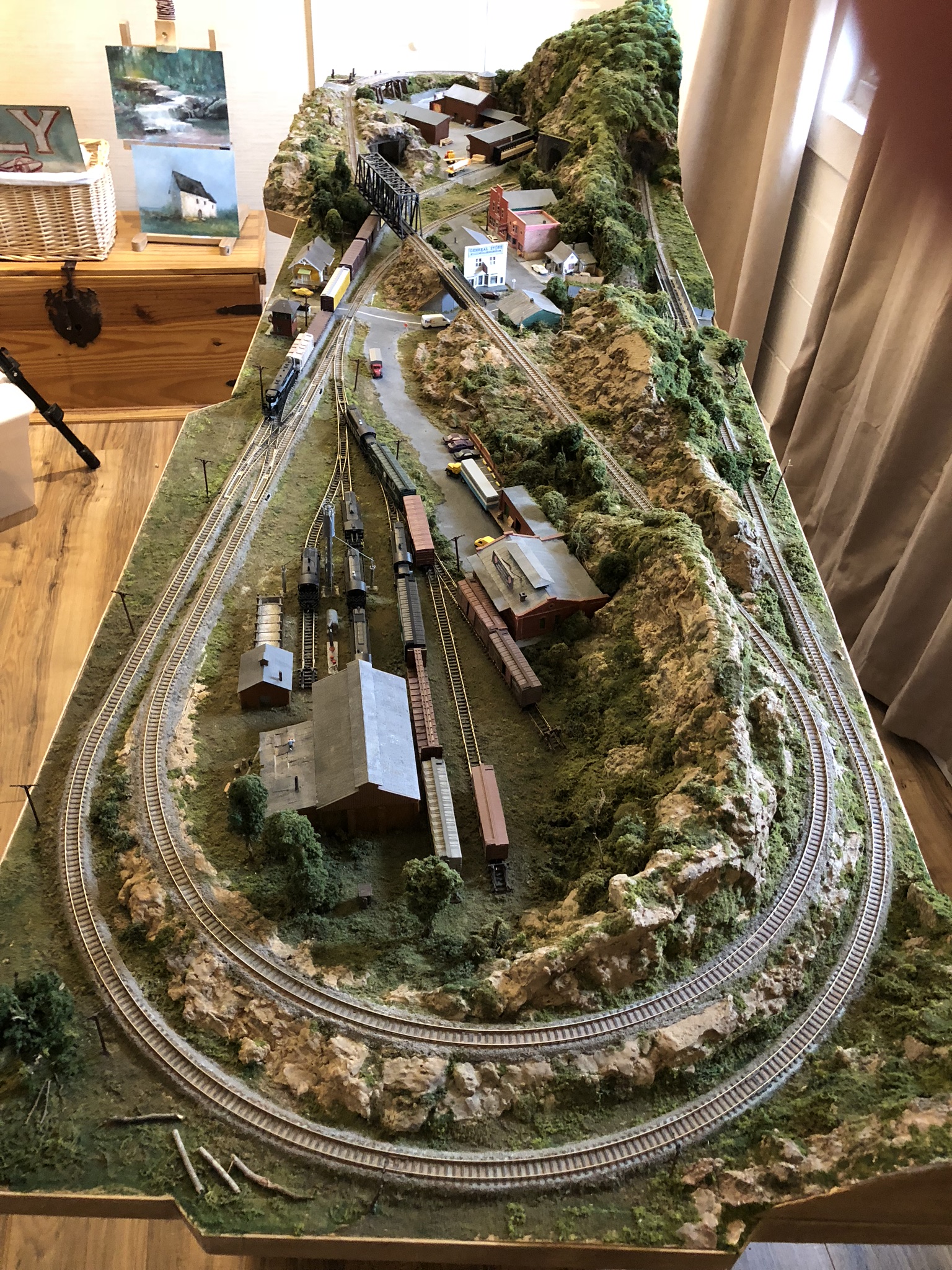 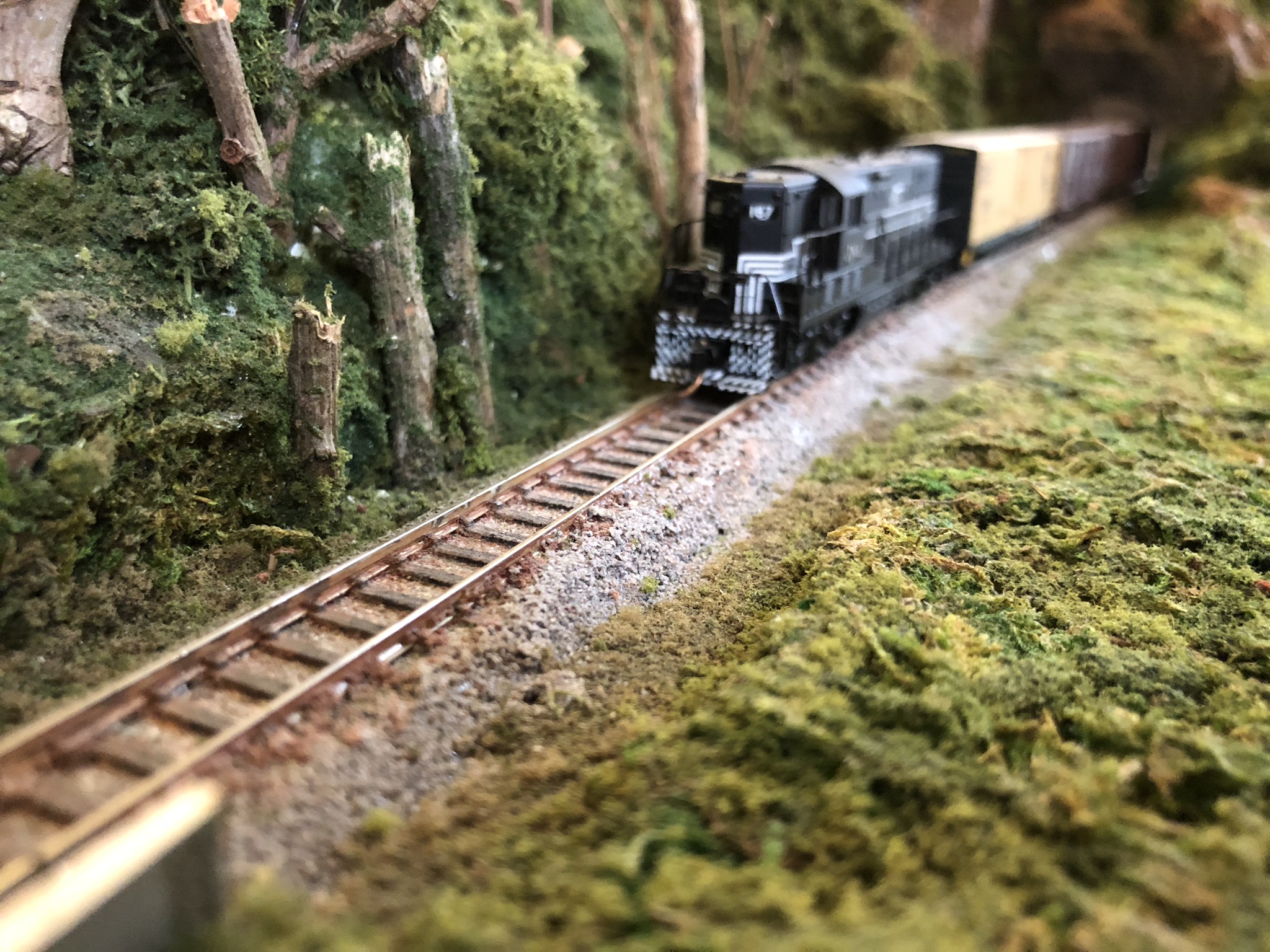 Anyone do garden rail roading?
Posted By: Pooch

https://www.youtube.com/watch?v=8NEuu4XTJuo&t=39s
Here's a video my wife took of the layout before I sold it. And I don't think the hobby is dead. As a matter of fact they came out with some new technology that I wish I could have afforded to put into my setup. Wireless, remote control units inside the locomotives. They don't require any electricity going to the rails. You place a computer type board inside the loco.
And FishTaco, my wife was trying to talk me into garden railroading to get me out of the house. Instead, I got back into radio control airplanes.
Posted By: Red2112

All you have to do is have a peak on YT to see how many folks have videos on the hobby, alot recent, others not so...

As I say, "if you dig in enough, you will be surprised at what folks are into"

It is so cool to see an amalgamation of craftsmanship like that.

The table itself was just awesome, ass the rest and wow.

That is some pretty amazing stuff right there.

Strange, even though I'm in I.T, it's tended to pass my mind as to the effects technology may have had on things recently. That is awesome to be able to run an N gauge layout like that.

I will probably get flayed for this but.....many years ago, all of my HO scale equipment I gave away. My dad had a fixation with American trains, so it was mostly Athearn (Are they still around?) and Rivarossi. I found out much later that some of the Rivarossi rolling stock were collectors items, although I recall seeing a few years ago that there may have been re-releases. I also remember first hearing about 'chipping' a loco when Hornby released (what at the time) was a super sophisticated controller called the Zero-1. Ah, the days of soldering the smallest pieces of wire onto tracks, attaching switches, and knowing how to electrify your 'sections'. Would like to see if I could remember how to do that today. It's only been 40 years!
Posted By: FishTaco

A bit off-topic but in a way It also fits the hobby...

For those who worked in construction like me, know what this is about.

And for us that don´t have space, or what ever it takes to build/buy a layout, we then go the PC route...

Here´s a video I did with a pre-made layout and a payware loco:

My late uncle was a keen model railway enthusiast back in the 1960s, he was a member of the Clydeside Model Railway Club who are still active https://www.clydesidemrc.com/

One of the things I remember him doing was making a mould of the inside of the locomotive and then casting a lump of lead in the mould to increase the weight of the loco and then putting on little rubber tyres on the driving wheels of the loco to also help adhesion so the loco could pull a lot more weight, they had competitions to see whose loco could pull the most.
Posted By: 33lima

Virtual kit is great, as you can have many huge virtual layouts, including local railways...

...but there's something tactile and satisfying about having a physical model. No layout, but still have a fair bit of kit, including collected Tri-ang Railways from the '60s items and some of my own conversions or scratchbuilds of UTA/NI Railways stock, 1960s-1990s. 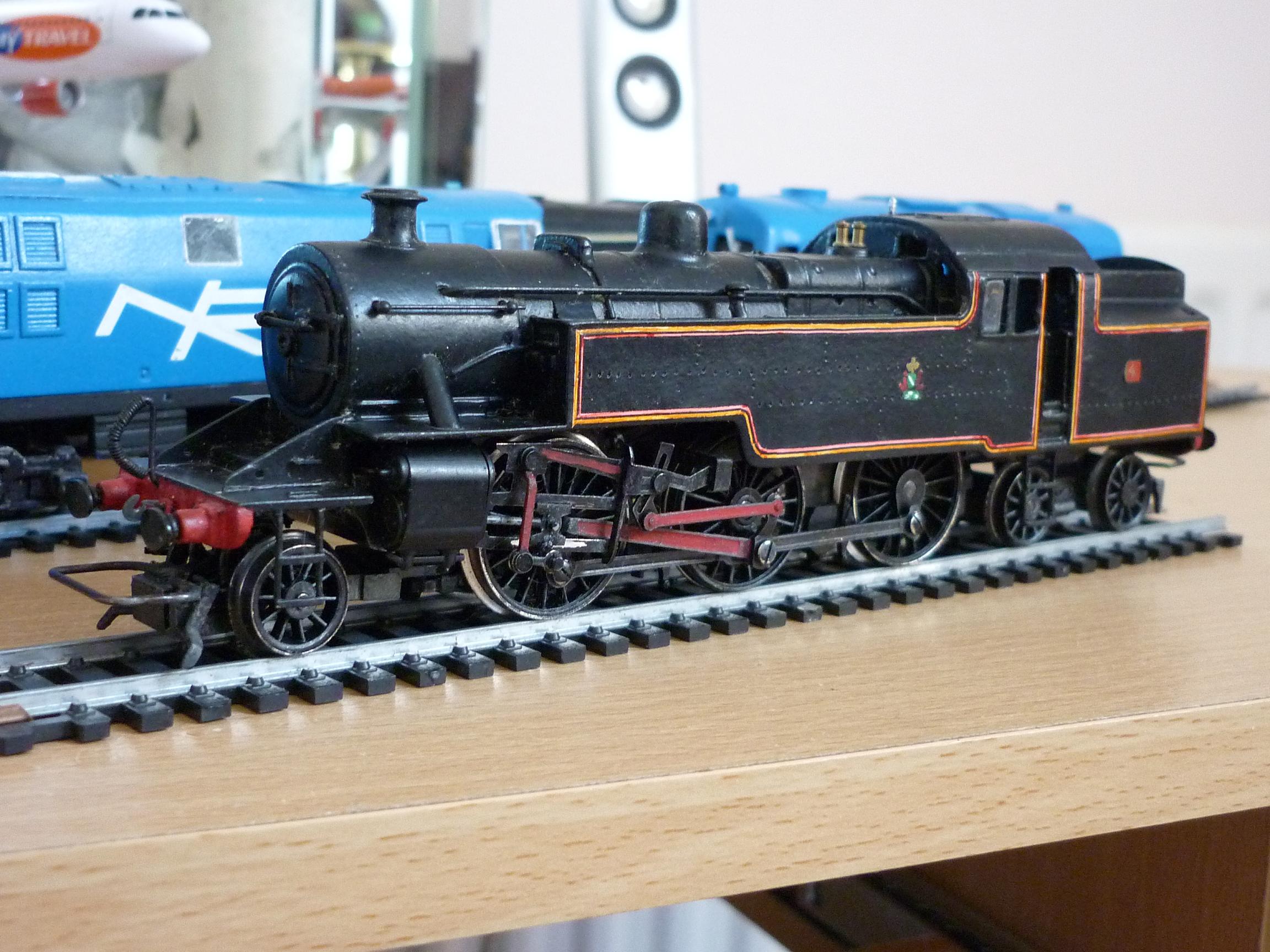 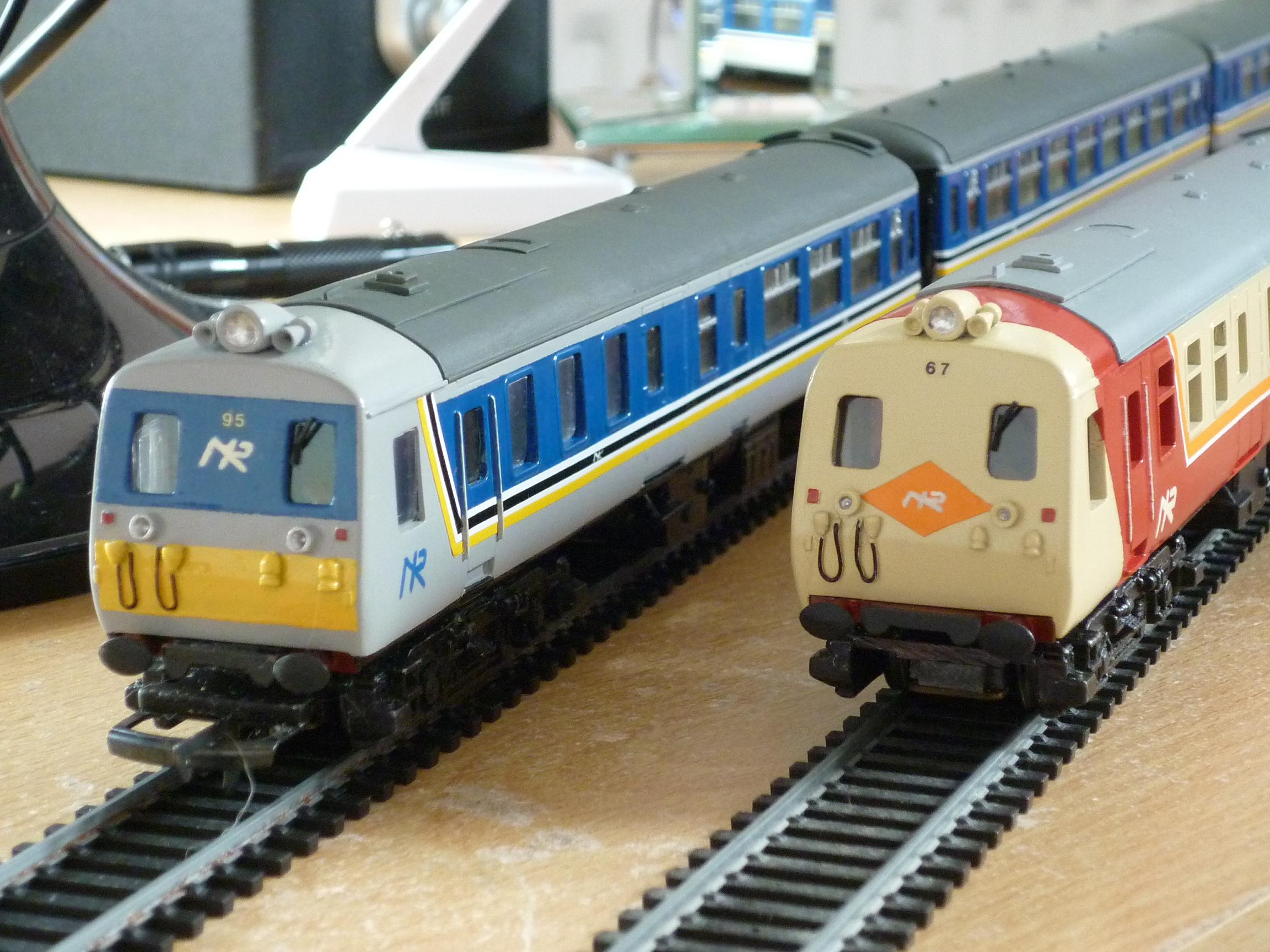 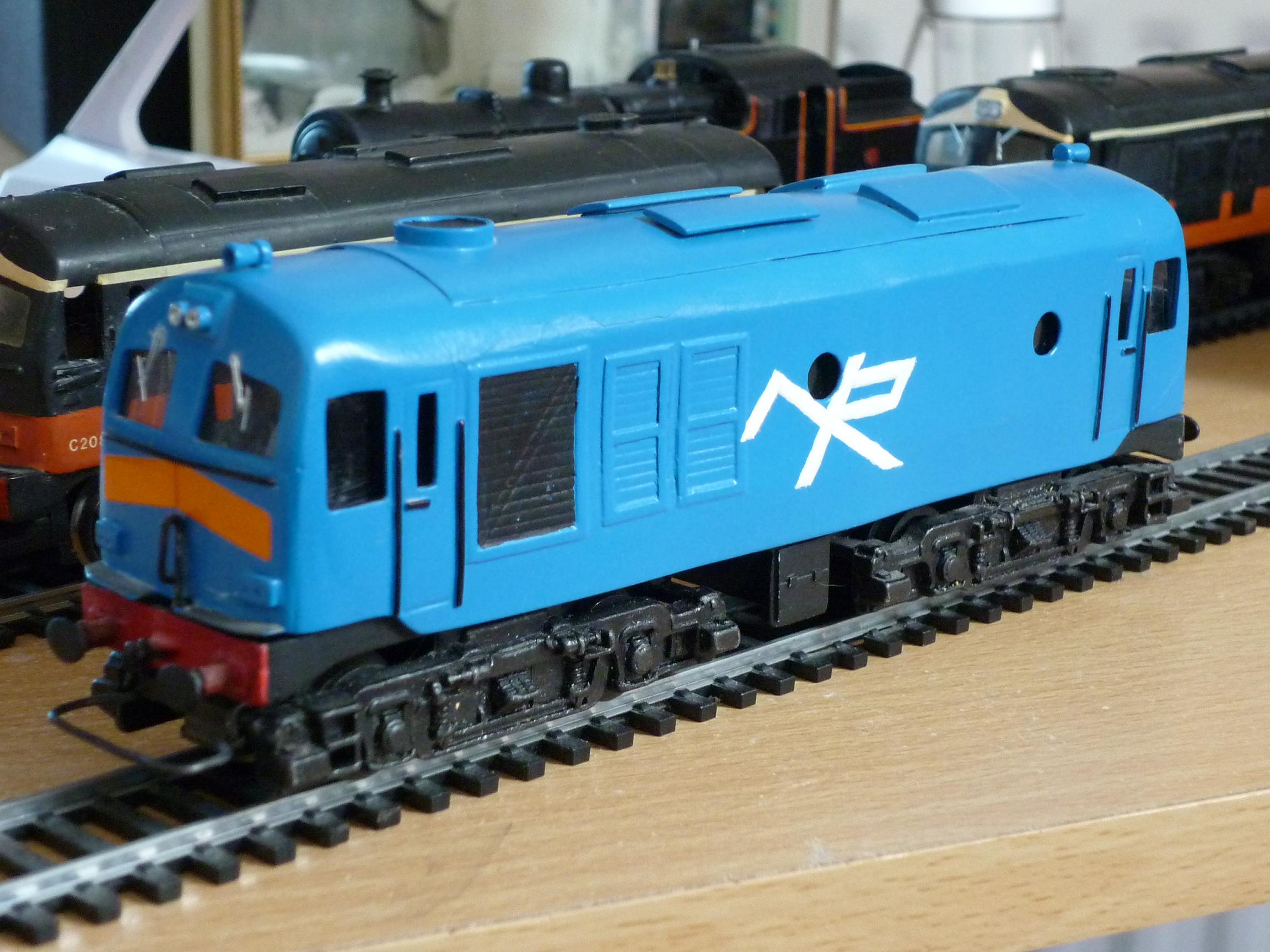 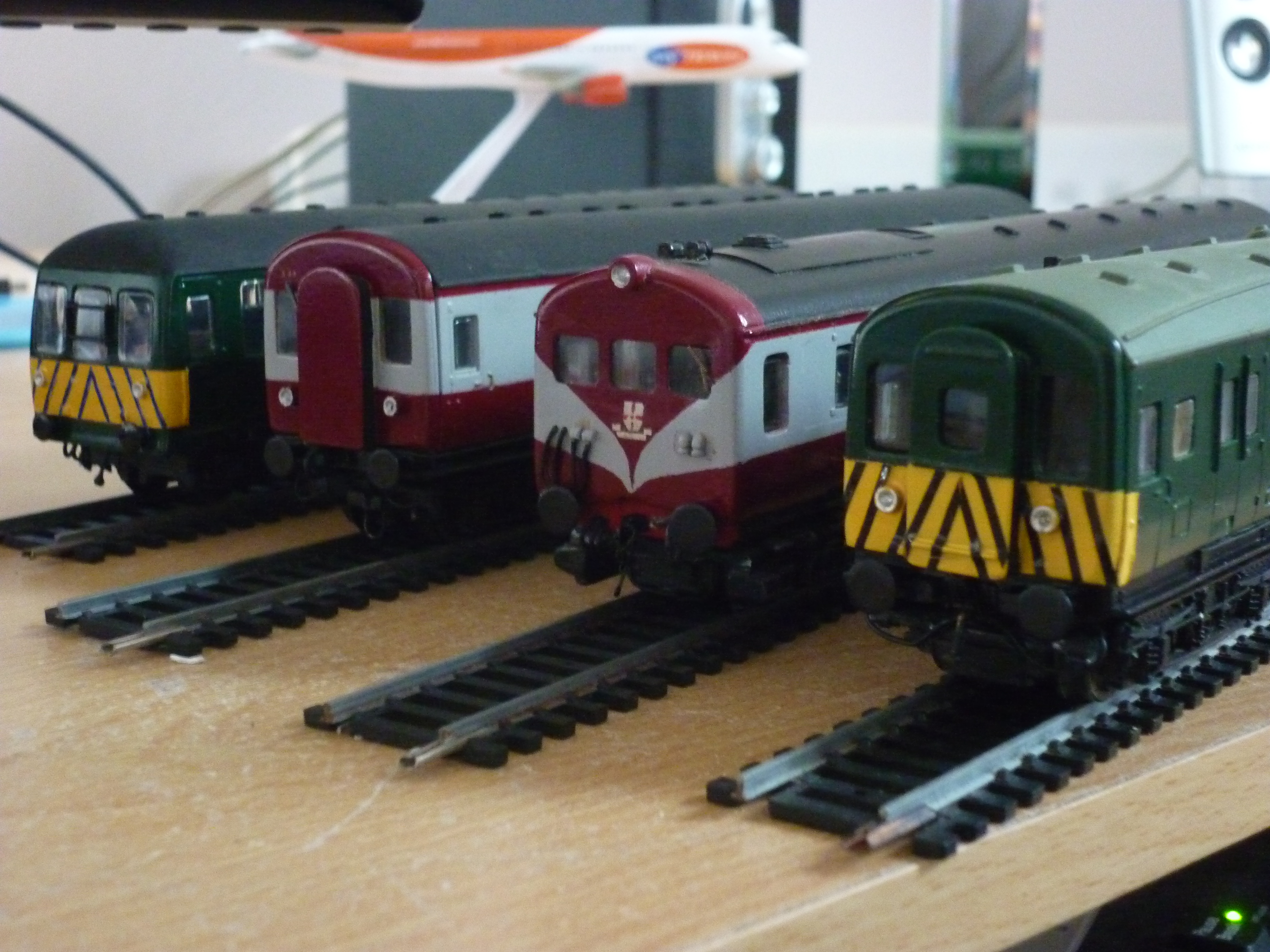 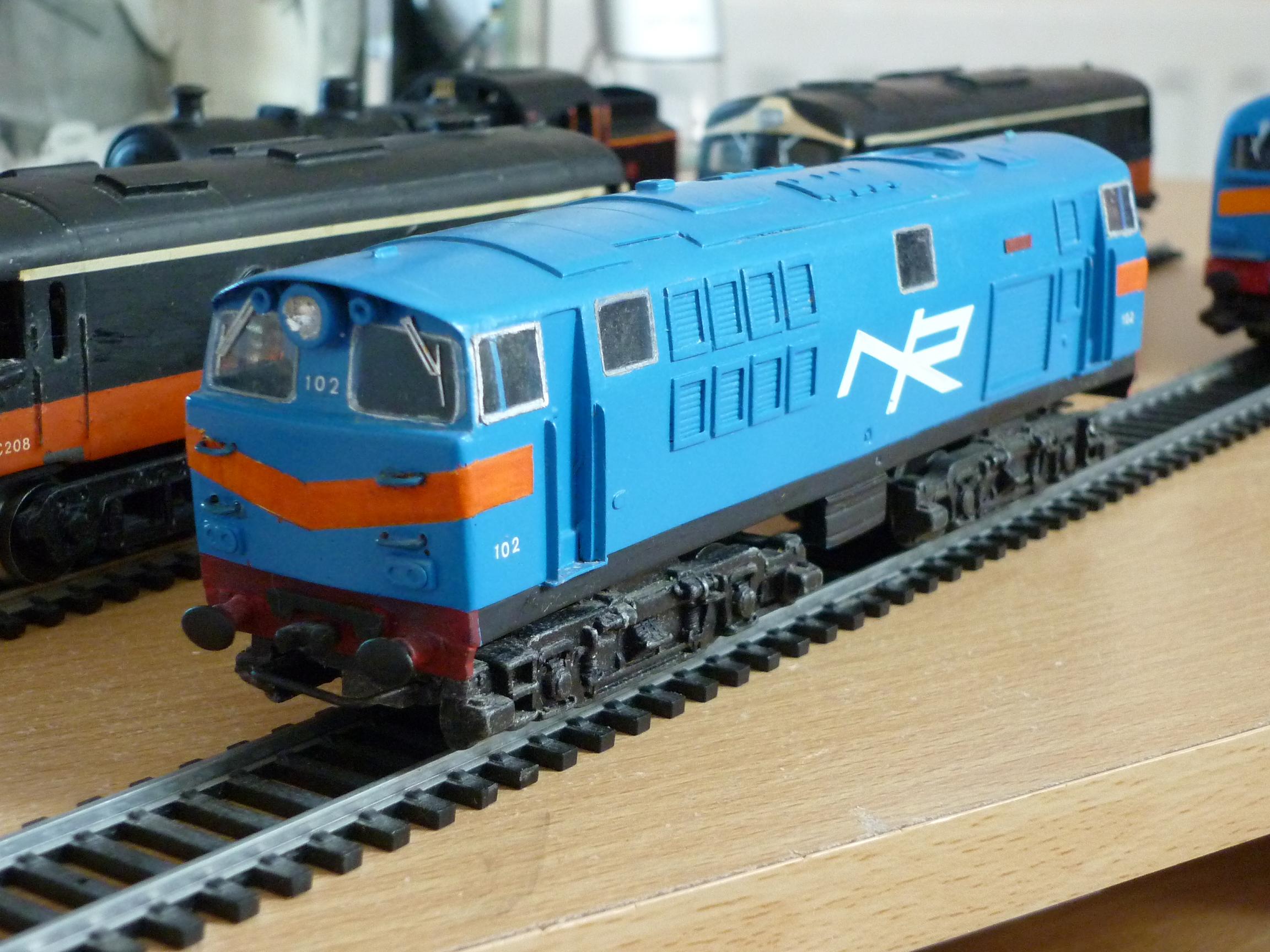 I had HO and O scale when I was a teen. The O scale was bought from a Salvation Army thrift shop, and other Flea markets. I also did a diorama course workshop were I learned various crafting methods for mountains, layouts etc. Me and my dad had alot of fun doing so, and it´s been in my heart ever since.

We mostly have Marklin here in Europe but I remember Lionel from my time in the US.

I think the N scale is real neat, and would like to get into that scale as it´s easy to hide under a bed if space is a issue like in my case.

Back in the days most of this was done with mosquito mesh and Paper Mache.

But like I stated earlier, you don´t need that much space for a cool N scale layout.

And now I will steal the technique of using a soldering iron on heat shrink, making me look like a genius at work.

The thing I always loved about big model railroad setups is the tiny vignettes most guys put into the diorama. The hobos in their camp, the kids playing, the people going into a store, the cop directing traffic. I remember one where there was a car accident where a lady ran off the road and hit a tree, with folks around looking at it, a wrecker coming up the road, and a dog a little ways off to the side with a smile painted on it.
Posted By: KraziKanuK

For those who don't know the scales.

Originally Posted by 33lima
Virtual kit is great, as you can have many huge virtual layouts, including local railways...


...but there's something tactile and satisfying about having a physical model. No layout, but still have a fair bit of kit, including collected Tri-ang Railways from the '60s items and some of my own conversions or scratchbuilds of UTA/NI Railways stock, 1960s-1990s.

Ahh the first train I had 4MT(T) made by Hornby Doublo and on their 3 rail track and is still my favourite locomotive, I got my trainset as a hand-me-down from my father's brother, the 4MT tank was also the engine that pulled the passenger trains from our village up to Glasgow, Ah memories, thanks for sharing that

@Dart you can get little flat iron bits for your soldering iron for using on heat shrink film. For my small gas soldering iron it comes with a hot knife, hot air blower, pencil flame, as well as various sizes of soldering bits, been using that same soldering iron for 30+ years now, the hot air nozzle is great for heat-shrink tubing it uses a catalyst to burn the gas and produce the hot air rather than a direct flame.
Posted By: Red2112

The Miniaturwunderland is sooooo cool, been there three times sofar. Haven`t seen the new Italy part though.
Posted By: Red2112

Originally Posted by FishTaco
Will this kind of hobby last, or will my fears come true?

I think it will continue to be less popular than it once was but more accessible due to advances in 3d printing, especially regarding materials. As with all good things it takes time and skill to fully enjoy and most people just aren't up for it. Niche hobbies are the best in my opinion, as they remain pure. Nothing will ruin something more than it becoming mainstream.

I always loved model railways as well as r/c aircraft but knew well enough to stay away from them as I have enough expensive hobbies to obsess over. Great to see what others are creating though, there's some awesome stuff out there.